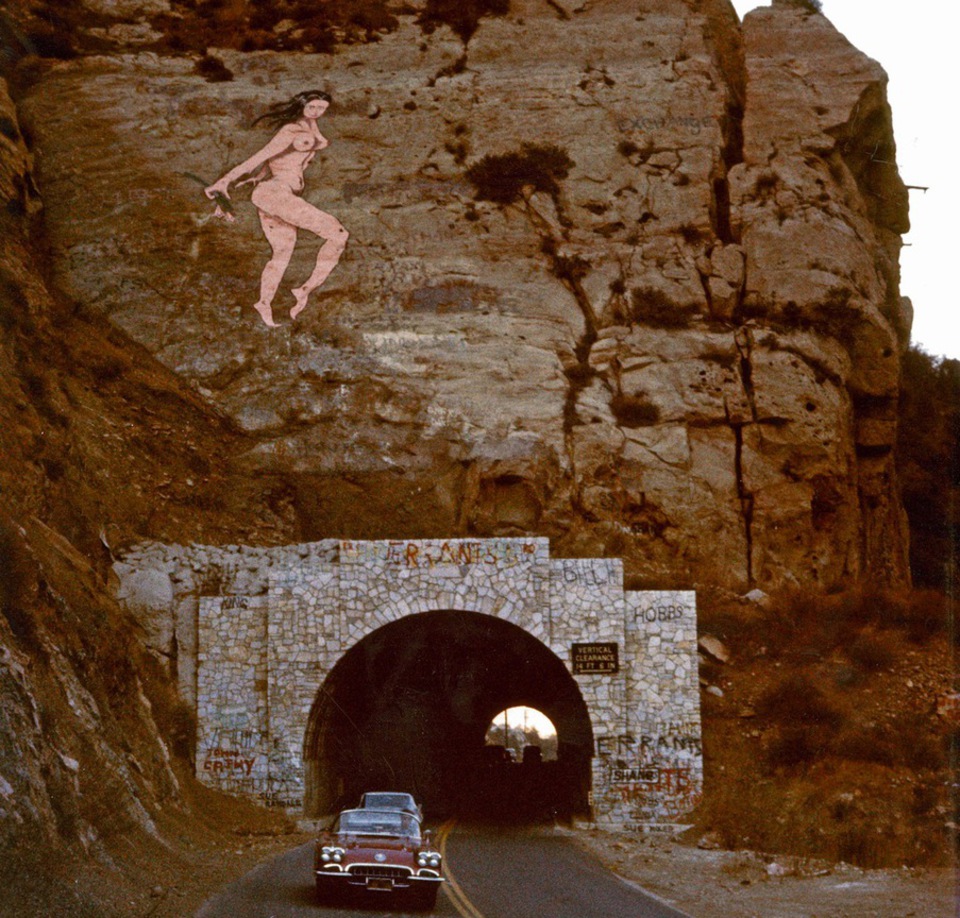 The Pink Lady of Malibu 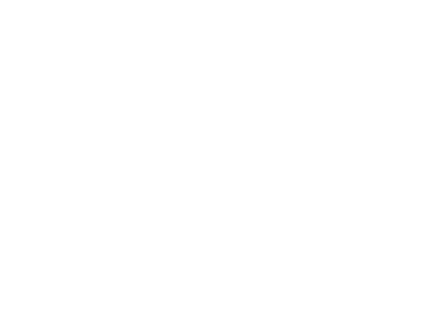 On Halloween weekend 1966, seemingly overnight there appeared on the sheer cliff wall above the Malibu Canyon tunnel a 60-foot-tall painting of a nude woman gamboling freely with her black hair flowing behind her and a fistful of yellow lilies.

No one knew who had created this guerrilla artwork, but scandalized Los Angeles County officials — fearing traffic congestion and looky-loo accidents — decided she couldn't stay.

As newspapers and art lovers from all over the world fell head over heels with the Pink Lady of Malibu, the county sent up fire fighters to remove the offending goddess. But that was easier said than done. They appealed to the anonymous artist, "whoever he might be," to come forward.

Who "he" turned out to be was 31-year-old Lynne Westmore Bloom (then known as Lynne Seemayer), a San Fernando Valley mother of two, who had planned the daring escapade over the previous six months, timing her final foray on the cliff to coincide with the full moon.

She had used house paint and a giant stencil to accomplish the artwork, and the paint had soaked into the porous rock. Finding it impossible to remove her, the county ended up covering the Pink Lady in beige paint. Though her life span was less than a week, the Pink Lady of Malibu was a glorious sight, never to be forgotten by anyone who was lucky enough to see her. 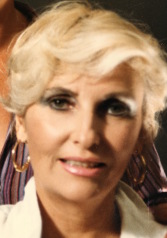 Artist Lynne Westmore Bloom, who in 1966 created a sensation by painting the Pink Lady of Malibu, died peacefully of natural causes at her Encinitas home Friday evening, Jan. 6, 2017. Her husband and son were at her side. She was 81.

Lynne was the daughter of legendary Hollywood makeup artist Ern Westmore and silent movie star Ethlyne Clair. As a painter and sculptor, she showed at Los Angeles galleries over a three-decade career. She also did makeup and created special effects for independent films directed by her son, Stephen Seemayer. More recently, she founded Westmore Thoroughbreds with Bill Bloom, her husband of 37 years.

She is also survived by her grandson, Zach Seemayer, and her great-grandson, Hunter. Lynne's youngest son, Jeff Seemayer, died in 2013.